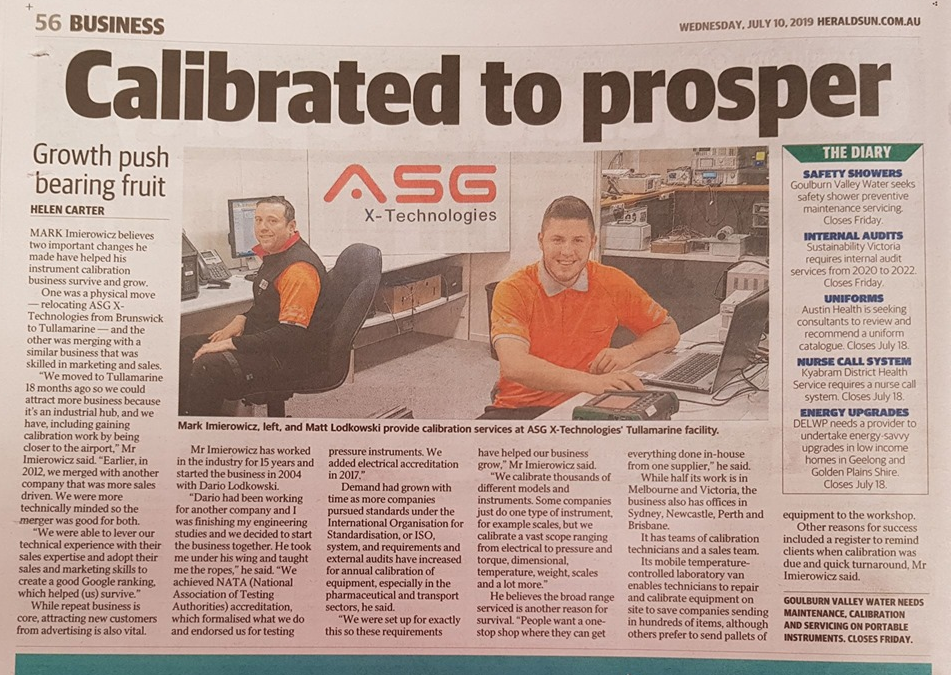 We were excited today to have an article written about ASG X-Technologies in the Herald Sun (heraldsun.com.au). You can see the article in print on page 56 of the Business section of the Wednesday, July 10, 2019 edition. 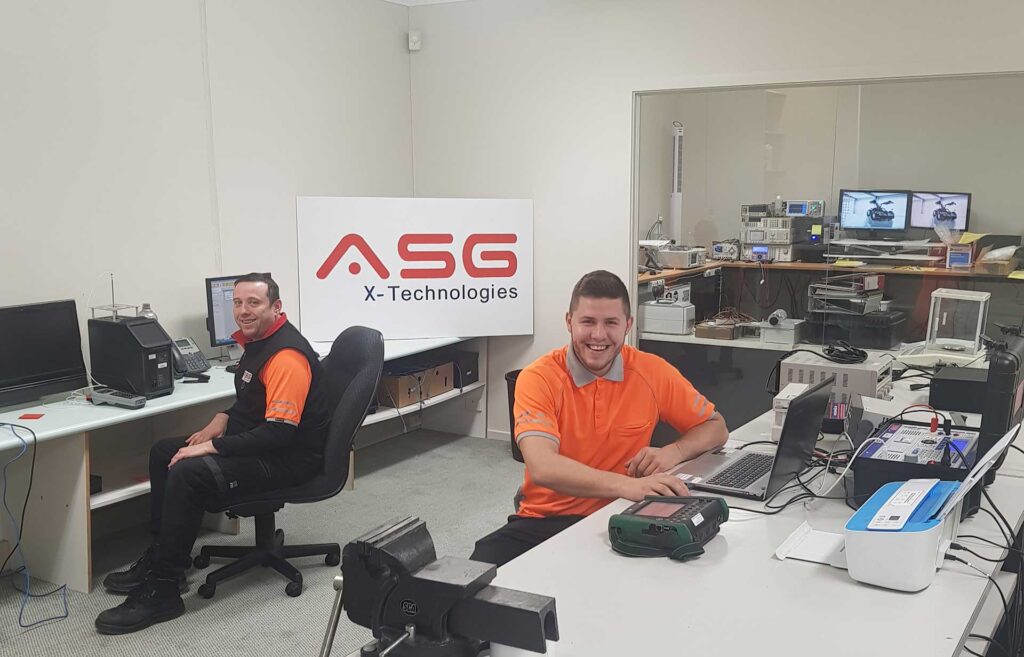 MARK Imierowicz believes two important changes he helped his instrument calibration business survive and grow. One was a physical move – relocating ASG X- Technologies from Brunswick to Tullamarine – and other was merging with a similar business that was skilled in marketing and sales.

“We moved to Tullamarine 18 months ago so we could attract more business because it’s an industrial hub, and we have, including gaining calibration work by being closer to the airport”, Mr Imierowicz said.

“Earlier, in 2012, we merged with another company that was more sales driven. We were more technically minded so the merger was good for both. We were able to lever our technical experience with their sales experience and adapt their sales and marketing skills to create a good Google ranking, which helped (us) survive.”

While repeat business is core, attracting new customers from advertising is also vital.

Mr Imierowicz has worked in the industry for 15 years and started the business in 2004 with Dario Lodkowski.
“Dario had been working for another company and I was finishing my engineering studies and we decided to start the business together. He took me under his wing and taught me the ropes”, he said. “We achieved NATA (National Association of Testing Authorities) Accreditation, which formalised that we do and endorse us for testing pressure instruments. We added electrical accreditation in 2017.”

Demand had growth with time as more companies pursued standardisation, for ISO, system, and external audits have increased for annual calibration of equipment, especially in the pharmaceutical and transport sectors, he said.
“We were set up for exactly this so these requirements have helped our business grow”, Mr Imierowicz said. “We calibrate thousands of different models and instruments. Some companies just do one type of instrument, for example, scales, but we calibrate a vast scope ranging from electrical to pressure and torque, dimensional, temperature, weight, scales and a lot more.”

He believes the broad range serviced is another reason for survival. “People want a one-stop shop where they can get everything done in-house from one supplier”, he said.

While half its work is in Melbourne and Victoria, the business also has offices in Sydney, Newcastle, Perth and Brisbane.
It has teams of calibration technicians and a sales team. Its mobile temperature-controlled laboratory van enables technicians to repair and calibrate equipment on-site to save companies sending in hundreds of items, although others prefer to send pallets of equipment to workshop.

Other reasons for success included a register to remind clients when calibration was due and quick turnaround, Mr Imierowicz said.